They were situated in a small workshop in Racecourse Road, Newmarket, Victoria, Australia.

Ted was employed by Ansair, a part of Ansett, who were the Magirus Deutz truck dealers in Victoria. When Ansair moved to Essendon Airport, Ted took over their former workshop.

Lloyd, who was a field engineer with Deutz Australia, joined shortly after. Ted, who came to Australia in 1956 as a specialist in Magirus Deutz trucks, a large German company, continued to look after trucks with service, parts and at a later stage with the assembly and sales of these vehicles.

Lloyd concentrated on service, repairs and sales of engines for irrigation, construction, mining, generators and many other applications, specialising in Deutz engines.

Lorna, Ted’s wife, managed the accounts and in 1970 she was joined by Dotty, Lloyd’s wife who took over the accounts and Lorna moved into parts, which she still manages today. In the same year, LK Diesel Service was registered as a company.

In 1984 Deutz Australia Pty Ltd offered us a dealership in Melbourne, which changed our outlook and in 1988 Ted and Lorna’s second son, Bernard started work at LK Diesel Service as a diesel fitter/administration assistant.

Bernard is now our I.T. and office manager. Our Newmarket premises were becoming decidedly small, so in 1989 we moved the business to Audsley Street, Clayton, Victoria and took up residence in the same building as Deutz Australia.

1992 was a big year at LK Diesel Service. First of all Lloyd and Dotty Lang decided to retire and Ted and Lorna’s three sons, Michael, Bernard and Ralph acquired the Lang’s interest in the company.

Our move to Clayton suited us very well until the end of 1993. Once again, we found ourselves in the position of having to move as the building we were in was sold.

By now we had grown into a sizable and successful company so it was decided that we needed a larger, modern, purpose-built building to allow for our continued growth.

This building, in the heart of the Woodlands Industrial Estate in Braeside, Victoria was completed in early 1994 and now houses a dedicated team of eighteen people.

Later, in the same year, Michael’s wife Sharon joined the team in our despatch and parts store.

In 1999 Chris, Bernard’s son joined the family business as an apprentice diesel mechanic. He completed his apprenticeship in 2003 and continued to work as a mechanic for us until 2008.

Chris then moved into our parts department, where you will find him today.

As well as our Deutz dealership we have become dealers for several other makes of engines, which include Kubota, Hatz, Kohler Diesel (incorporating Lombardini and Ruggerini), and Mann Filters.

We became a Kubota Power Centre in 2000.

We are pleased to announce we are now the top Deutz dealer in Australia and the top Kubota Power Centre in Victoria. 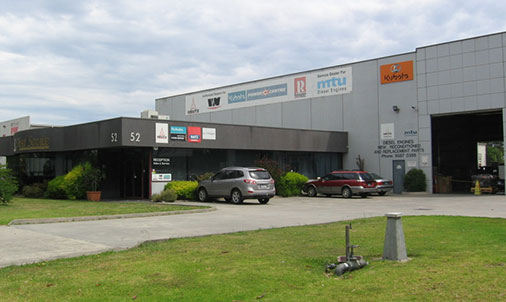 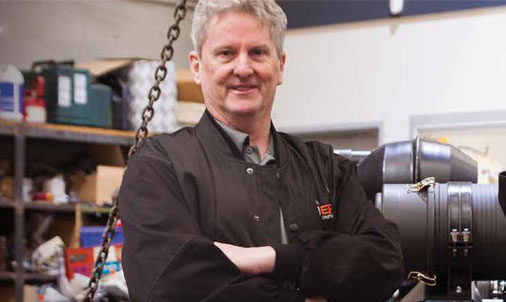 "We provide diesel engine solutions to EMPOWER your business"